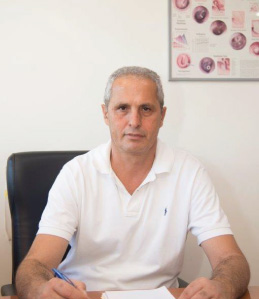 MD Otolaryngologist
+357 22 502271
This email address is being protected from spambots. You need JavaScript enabled to view it.

Andreas Pipis studied medicine at the University of Crete. He specialized in Otolaryngology at the Herakleon Medical University. After specializing in Greece, he worked in various hospitals in the UK as a specialist. He followed postgraduate studies at the UPMC Hospital in Pittsburgh, Pennsylvania, specializing in endoscopic nasal and paranasal surgery, as well as voice disorders and phonetic surgery.

He has been working in Cyprus as an Otolaryngologist since 1999 and today he practices at the Hippocrateon Private Hospital where he conducts a number of operations in the whole spectrum of his specialization.

At the same time, he attends numerous conferences both in Cyprus and abroad and remains up to date with the developments in his specialization.