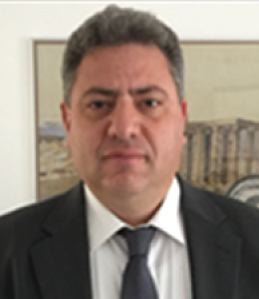 MD, PhD Orthopedic Surgeon
+357 22 502226
This email address is being protected from spambots. You need JavaScript enabled to view it.

He completed his Doctorate of Medicine Thesis in 2002 at the University of Cologne, Germany. The title of the thesis was “Functional Anatomy and Biomechanics of the Capitate Bone”.

He also gained the Advanced Trauma Life Support (ATLS) Diploma of the American College of Surgeons in 2000.

Due to his scientific interest in Microsurgery he was responsible for the treatment of all Microsurgery cases for three years, during his work at the Nicosia General Hospital.

Since 2005 he has been treating Microsurgery cases sponsored by the Ministry of Health.

Dr. Loizides has published in scientific journals and presented at local and international conferences more than forty research papers.

He has participated in several seminars, conferences and short courses dealing with Arthroplasty, Knee and Shoulder Arthroscopy, Microsurgery and Upper Limb Surgery, both as a trainer and as an attendant.

During the period 2005-2007 he was the scientific coordinator of the project “Low Back Pain”, funded by the Research Promotion Foundation and implemented in cooperation with the University of Manchester, UK.

He is also affiliated with: